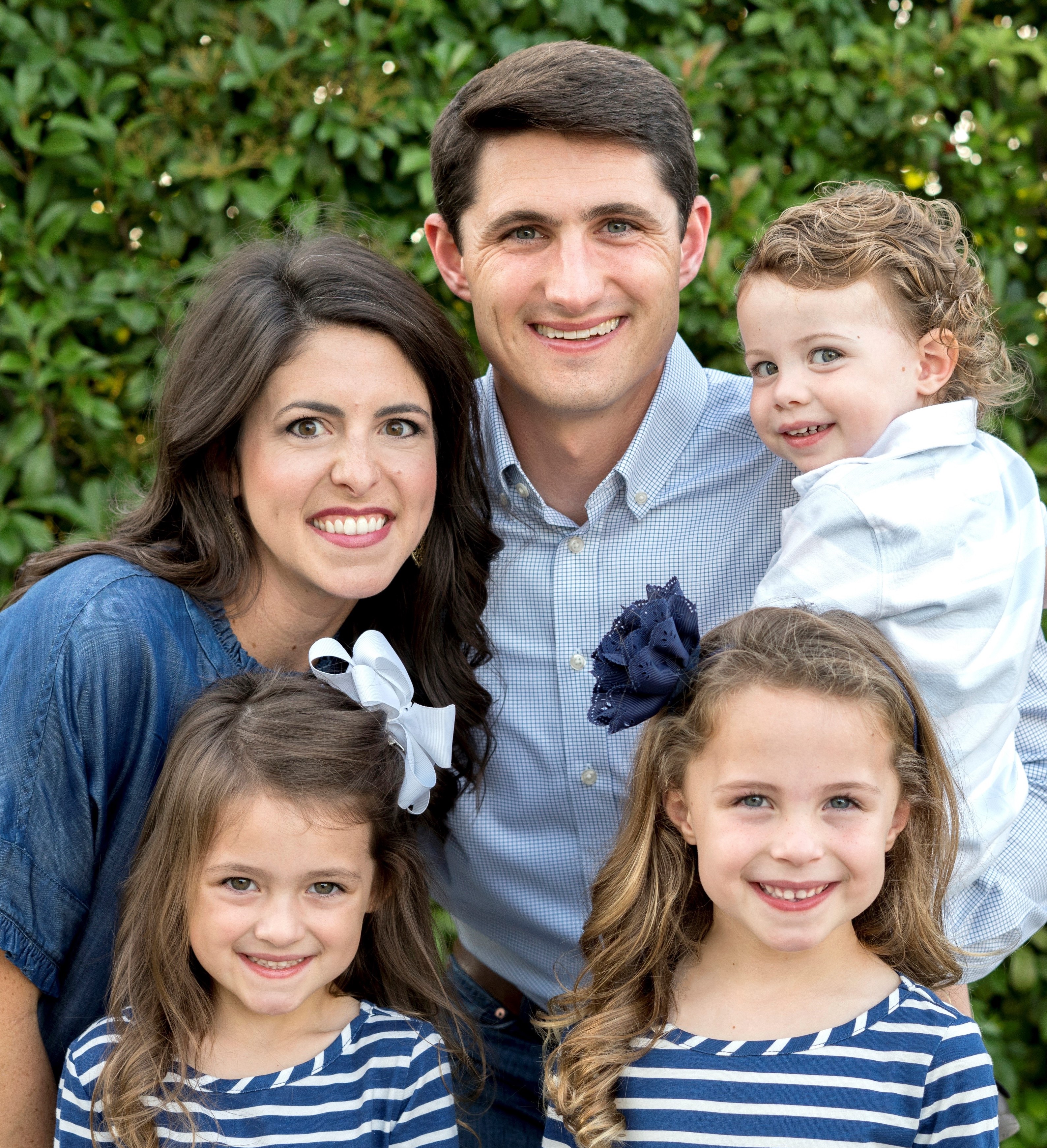 Kyle Walker first felt God’s calling to preach and pastor while in junior high. His call to ministry led him to become a leader in his youth group in Columbus, Mississippi as well as at First Baptist Church in Tuscaloosa while attending the University of Alabama. Several years, first as a student and then in numerous leadership positions at Southwestern Baptist Theological Seminary in Fort Worth, Texas, have brought Kyle through God’s leading to be the Senior Pastor at Cartersville First Baptist Church.

A native of Americus, Georgia, Kyle moved to Mississippi as a freshman in high school. In 2005 he received his first ministerial experience as summer youth activities director at East End Baptist Church in Columbus. He would go on to serve the next year as a pastoral intern at Fairview Baptist Church, also in Columbus, before becoming a college ministry intern at First Baptist Church in Tuscaloosa, Alabama from 2006-07.

After graduating from Alabama in 2007 with a degree in Organizational Leadership, Kyle earned his Master of Divinity and Ph.D. in Preaching/Systematic Theology at Southwestern Seminary. On December 26, 2010, he was ordained to the ministry by Fairview Baptist Church in Columbus, Mississippi.

After completing his time as a student at SWBTS, Kyle was asked in April 2010 to stay in Fort Worth as Director of Admissions. He would keep that role for several years and during that time also serve as a pastoral associate at Tate Springs Baptist Church in Arlington from 2010-2012.

In March 2014, Kyle began his tenure as Dean of Students at Southwestern and took on the role of Vice President for Student Services in February 2017. While in those leadership roles, he also served as an adjunct professor of preaching (spring 2015) and assistant professor of preaching (May 2015-July 2019). Kyle also served as interim pastor of First Baptist Church in Mansfield, Texas, from April 2016-March 2017.

While serving at Southwestern Seminary Kyle authored Let the Text Talk: Preaching that Treats the Text on its Own Terms. Kyle has preached and assisted in training preachers throughout the United States. Internationally, he’s preached and trained pastors in the Grand Cayman Islands, United Kingdom, Korea, Myanmar, Mexico, and India. Kyle's passions is equipping the church to make disciples who make disciples for the Great Commission and God's glory.

Jamie came on staff at CFBC in December of 2017 as the Preschool Ministry Director. After graduating from Bob Jones University, with an Elementary Education degree, she taught school for three years before transitioning into church ministry education. Jamie served for over six years as the Weekday Education Director, for 13 years as a Children’s Ministry Director, and two years as a missionary in Japan. Jamie and her late husband, Sam, have two adult children and three grandchildren. Helping children learn about Jesus is Jamie's passion. It brings her great joy to hear that children love to come to church! Spending time with her family and friends is what Jamie loves to do when she is not serving at CFBC.

Danny first joined the staff of CFBC in 1996, and is now serving as the Minister of Pastoral Care and Staff Advisor to Senior Adults. He and his wife, Kathy, desire to minister to the families of CFBC and to build lasting relationships. They also enjoy spending time with their two grown children and three grandchildren. Danny counts it a joy and privilege to serve alongside the wonderful staff that God has put together here at CFBC. As an alumnus of Berry College, Liberty University, and Luther Rice Seminary, Danny has been serving churches in Georgia for 50 years.

Eva Bell has worked in a fortune 500 company for over 20 years. Throughout her career she has worked in leadership, customer service, training, administration, accounting, and with various software applications. Eva transitioned into the area of church operations where she oversaw 3 campuses managing the facilities, event scheduling and finances. Eva was raised in a Southern Baptist church in a small Florida town.  Eva and her husband Jack have been married for over 30 years and have one adult son. They currently reside in Powder Springs where they have lived for 28 years. In her free time, she loves to read, travel, and create custom greeting cards.

Royce has served in full time vocational ministry for over 30 years.   He is a graduate of the University of Louisville and Southern Baptist Theological Seminary.  In 2016,  Royce and his wife Lisa served as missionaries in the Dominican Republic.  His passion for ministry is to grow churches through discipleship and missions participation,  building meaningful relationships which are rooted in the love of Christ. Another of his passions is family.  As parents of four grown sons, Royce and Lisa have been blessed  to welcome four daughters-in-law and sixteen grandchildren to their family over the past several years.   Royce loves sports and traveling, especially mission trips.

Associate Pastor of Administration and Discipleship

Steven joined the staff in May of 2020.  A native of Blackshear, GA, Steven attended the University of Georgia, before moving to Fort Worth, TX to attend Southwestern Baptist Theological Seminary, where he earned the Master of Divinity, Master of Theology, and Ph.D. in Theology.  Steven served at Southwestern in a variety of academic roles since 2006, most recently as Associate Vice President for Academic Administration and Assistant Professor of Systematic Theology.  In addition, he has served in various roles in the local church in youth ministry, education, and pulpit supply and has had the opportunity to teach theology in China and Israel.  Steven is the author of New Creation Eschatology and the Land: A Survey of Contemporary Perspectives.  Steven is married to Heather (2001) who is also a UGA grad and they have four children: twins Annalee Rose and Abigail Grace, Samuel Steven, and LilaRae Faith.

Lisa has been on staff as the Children’s Ministry Director since June 2007, after serving for 10 years as a volunteer Student Ministry Lead. Being the Children’s Ministry Director allows her the privilege to watch children begin their personal relationships with Jesus and then grow in the relationship. Lisa and her husband, Brent, have two daughters both in college: Elizabeth and Emmalie. In Lisa's spare time, she volunteers in the local schools helping teachers, mentoring students, and having lunch with children from church. Lisa also volunteers in our community, but mostly, she enjoys being together with her family.